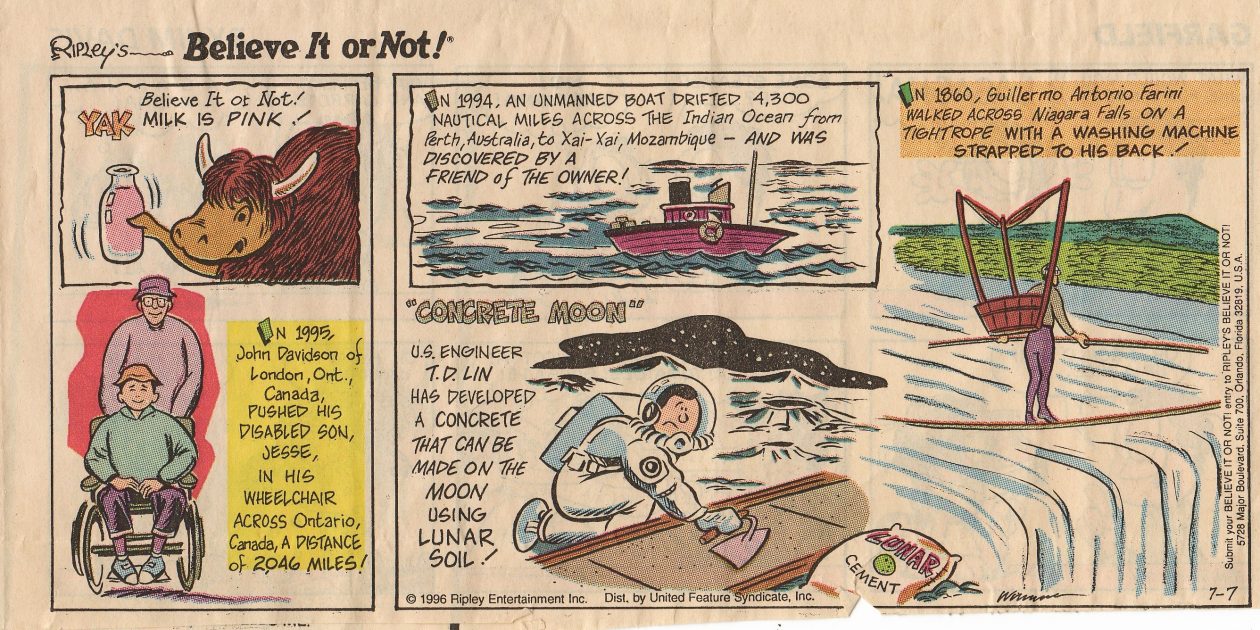 Today, Jesse and I both had a chance to sleep a little later, but we were still up reasonably early and ready to go. This is a good sign. It’s a Saturday, and the day started out clear but cool, and that means there will likely be more kids along the road. Jesse likes that because he gets to meet more people. Sometimes it has been very quiet along the road and that is when I worry about Jesse the most. Some people think that being in a wheelchair is easy. It’s not. It’s hard work and Jesse faces that challenge with a smile every day.

Ron Schistad and Debbie Marks are back on the road with us as we leave Smith Falls and I can tell early on that Ron’s foot is definitely hurting—but like all the people who have come out as volunteers—he soldiers on.  We were right in our thoughts about kids. There are lots of them out on the road to see Jesse and shake his hand. Jesse is smiling as he shakes hands with kids and their moms and dads and tells them, “It’s a nice day for a walk.”

Sometimes in some of the rural areas there will be very docile cows that come over to the fence and stare at us with their big brown eyes as we move along the road.   Jesse plays this “mooing” game when they are standing there watching us. He thinks it’s very funny when he can make a big mooing sound and get the cows to moo back at him.

In all the time we have been on the road there has been a lot of focus on Jesse. I’m well aware of that, and Jesse  would be the first to say he understands what’s happening and he would want both of his brothers to be included in our story, regardless of how it turns out. It’s important for me to remember that Sherene and I have two other sons. Tyler is our oldest so it’s logical to me that I would see him as the most mature. Tim is our youngest and I am very proud of how he has responded to all that is going on with Jesse being away from home for so long. Tim has done all that a 12-year-old can do to help.  Tim drove a mini-sized drag racer at a Jesse’s Journey event in Grand Bend and what kid wouldn’t feel the fun in taking part in a pie-throwing event. (Ed’s note:  Even though there is not much pie and just a lot of soft whipped cream, this kind of thing is probably no longer politically correct. Sometimes I wonder if maybe we’ve maybe gone a little too far.)

We met some people at the roadside who were holding a garage sale for Jesse’s Journey.  When we stopped to thank them for what they are doing, we found out that two of the older ladies in that group had waited all day yesterday to meet Jesse and they even waited part way into the evening. I’m glad we had time to stop and shake hands with them and talk for a few minutes.They certainly seemed to appreciate the time.

I fell asleep on the motor home right after lunch. I’ve developed a habit of being able to fall asleep very quickly and to have one of those really refreshing power naps.  In the afternoon, the Fire Department in Smith Falls escorted us into town where we met the mayor and some other dignitaries. Both the fire fighters and the people from the Royal Bank presented us with cheques.  We changed motels at the end of our day on the road, moving up to Carlton Place where Don and Pat Meadows, the parents of my very good and longtime friend Dave Meadows,joined us for dinner. Pat brought some butter tarts. They were great! Sean and I gave Jesse a bath and a hair wash while Sherene’s brother Glen and our Road Manager, Trish Federkow counted the money collected along the road and made up the bank deposit. The guys in the Smith Falls fire department gave Glen a ride out to where we were on the road after he arrived by train from London. Glen also brought along the Canadian flags we are going to need in Ottawa. There is a lot planned over the next few days. We are all going to be very busy before we reach the finish line on the far side of the Alexandra Bridge, right behind the Parliament buildings, the bridge that connects Ottawa to Hull, Quebec. 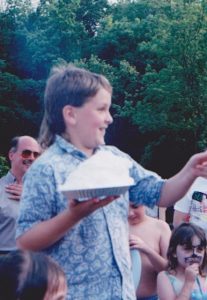