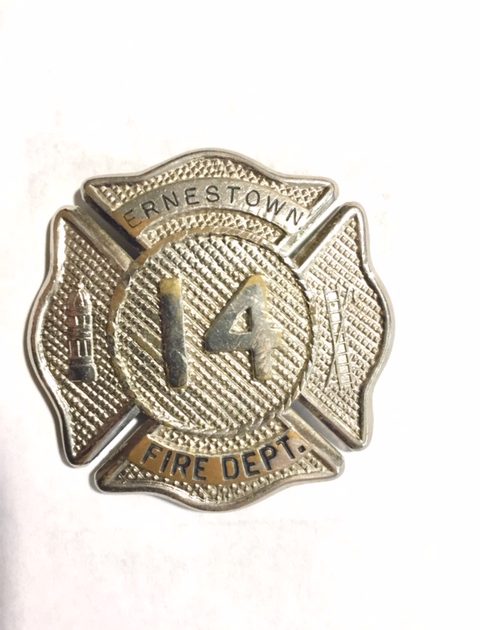 In Napanee, I slept until I was called in the morning. I felt a bit like I was dragging myself out to the motorhome and had some breakfast before we reached our start point. Our day on the road began with a long uphill stretch of road that took longer than usual.

It had turned into a gorgeous fall day when I did a radio interview with Don Landry in London who told me that the Terry Fox run in London has more registrations this year than ever before, and that the organizers are attributing that to the exposure Jesse and I are giving to this kind of event. That gave me a nice feeling that we had been able to help others even if it was for a different cause.

The Firefighters who had been escorting us along the road in the morning, left us when we switched townships. That is when one of the amazing stories from the road began to unfold.

Sometimes people can be a little grumpy when they are taking on something new. The body language of the Firefighter who was our afternoon escort and driving the fire truck that was right behind us, seemed to say to me that he wasn’t really very interested in being out here on the road with us, and would just as soon be doing something else. But things were about to change.

As the afternoon unfolded he saw dozens and dozens of people stopping their cars and people coming to the side of the road to make a donation. He saw moms and dads and kids waiting to take pictures and to shake hands with Jesse.

By late afternoon, this same fireman was a little misty-eyed when he made a donation as he was leaving us at the end of our road day. He asked me where we were having dinner. I had no idea why he would want to know about our dinner plans.

Anyway, when we were having dinner, the fireman showed up with his son who was about 9 or 10-years-old. This fireman wanted his son to meet Jesse. I was seeing a different fireman than I had met a few hours earlier.

Then he reached into his wallet and gave Jesse his identification badge. He told me that this is the badge that firefighters carry with them as a means of identifying them if the worst possible thing should happen.

He said to Jesse that he had been carrying that badge in his wallet for 17 years and he wanted Jesse to have it. I was very impressed that he cared that much and wanted his young son to see another youngster who was showing people what real courage is all about. It was a magical moment.

Then it was back to work. Sherene and I folded laundry and got things ready for the morning. Darryl Sittler called to say the Ottawa Senators want Jesse to drop the puck at the Leafs-Senators game next week in Ottawa.

We are now down to single digits in the number of days left. I’m glad because I think I am running out of gas. More and more we are all looking forward to going home. 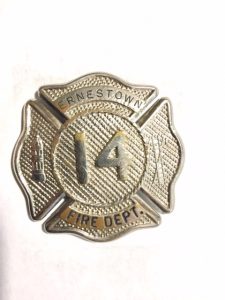 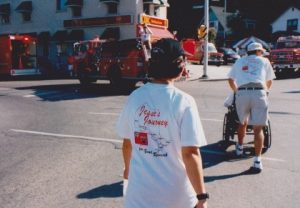