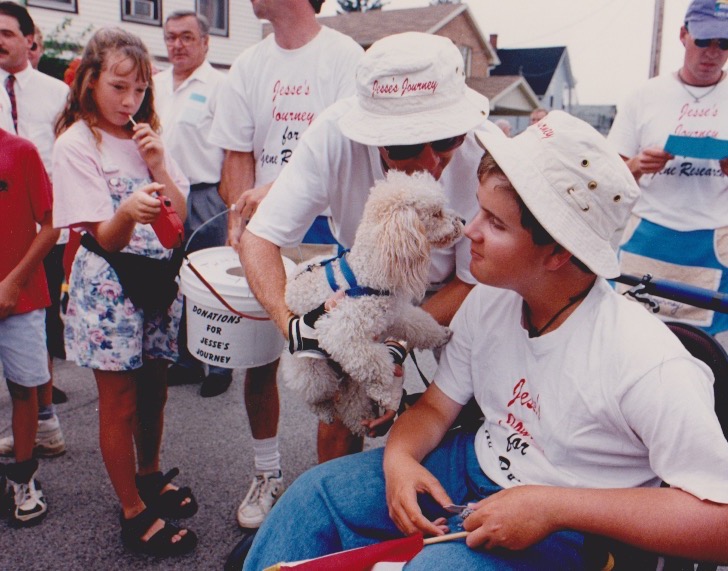 (Ed’s note: Normally this is the day school would have started in Ontario. Counting the time it took us to drive from London to Kenora and then another 53 kilometres to the Ontario-Manitoba border, this is the 116th day that Jesse has been on the road. In a way, it’s been an amazing class where at times it seems like Jesse is creating a whole new course that kids everywhere can put into practice. I hope they will when they get back to school.)

First thing in the morning, we drive to Brighton, just west of Trenton, and meet our OPP escorts at our start point. This is definitely a fall morning and it’s the coldest day we have faced since back in May when we were in Kenora on day number two of our journey.

We start at an apple orchard and Jesse and I really pour the coal to it and we have 18 kilometres finished well before noon.

As well as collecting donations along the road, Perry Esler and Julie Sandiland and I have a chance to talk about the media in general and where we think it is going (or not going.) None of us has a very good feeling about what the future holds in that industry.

The sun is back, and we are moving quickly but we also made sure we stopped and shook hands with kids that had been brought to the roadside by their moms to see Jesse. We also stopped to shake hands with a group of senior citizens who have also come to the side of the road to meet Jesse.

Sometimes people bring their little dogs with them and it becomes a bit like kissing babies during an election. Pretty soon I’ll have Jesse back home with his own furry friend, Charlie.

A lady from Scotland gives Jesse a kiss (I’m not really sure he likes this part) and she tells me I’m a great inspiration for father’s everywhere. I don’t see it that way. I think I’m doing what any dad would do if he found himself in my position. You do everything you can to make life better for your children. It’s that simple.

In the afternoon, we see a lot of plain grey military planes on their final approach before landing at CFB Trenton. Ron Calhoun and I talk about the coming days and he starts to fill me in about what will be happening when we get to Ottawa. It’s hard to think that we are getting near the end.

Jesse was cold and tired when we wrapped up our day on the road at 28 kilometres completed. Sherene is also looking very tired. I want her to go home and rest, but I don’t think that is going to happen until this journey is over. Tomorrow – Belleville. 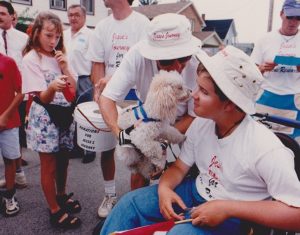 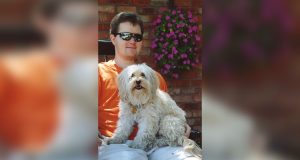