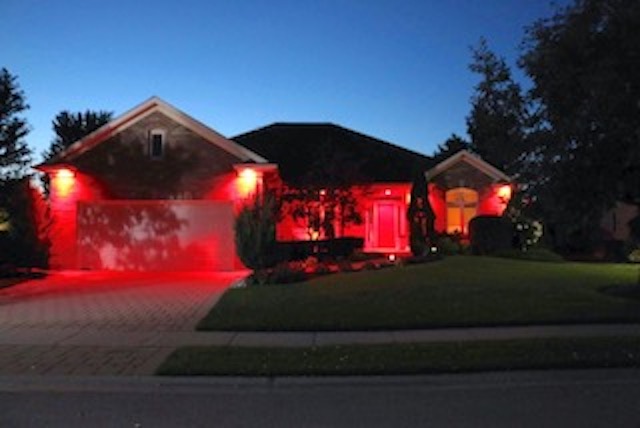 (Ed’s note: As I mentioned yesterday, today, September 7, 2020 is World Duchenne Awareness Day (W-DAD.) There are a lot of places in Canada that are being lit up in red tonight. Places like BC Place in Vancouver, and the tower in Calgary along with the CN Tower in Toronto. Niagara Falls is being lit up in red. And of special importance, Duchenne families across Canada (including the Davidson’s) and families who are fortunate to have never been touched by Duchenne are lighting their homes in red in a show of support. It’s a gesture that is uniting us as Canadians in a fight against a terrible disease. At Jesse’s Journey we have had calls from Europe, and people in the United States are taking up the cause in lighting landmarks and businesses and family homes to raise awareness as a part of what we do on the road to a cure.

Today, I am sending long an important link for you.

Sometimes people ask me about Jesse’s Journey and I always think that if a picture is worth a thousand words, the pictures can probably tell the story better than I can.

The documentary link below gives you our story. It runs 19-minute minutes (about the time it takes to sit down with a cup of tea or a cup of coffee) and will show you how Jesse’s Journey came to be. And even more important, it will give you a snapshot of what is being done on the research front and you’ll get to meet some of the Duchenne families who have made a huge commitment to research. Just click on the little arrow and the documentary will start.

I hope you will take the time to have a look at, at least a part of our story. It will mean a lot to all those boys who show us every day what real courage is all about.)

It started raining early in our day and the forecast showed it raining all across the lower Great Lakes. These are the kinds of days where we have to step up our game in terms of taking care of Jesse. His care is my number one concern.

We managed just two kilometres before the weather forced us off the road. This usually means a lot of phone calls to rearrange things up ahead, and it also means I’ll be asked to pick up the pace to try and make up for lost time.

We received a $100 donation from the local fire department and then we sent them on their way as there is no point in holding them up. This is the kind of day that Trish and the road team have to do a lot of joggling. They called ahead to adjust our arrival time in Trenton. The good news is that after getting some lunch, I am going to have a chance to sleep through a part of the afternoon. It turns into an afternoon of maintenance work for everyone on the road. Trish went to a walk-in clinic to get her throat looked at as she has been feeling pretty rough the past few days. I did a couple of radio interviews with stations in Ottawa, while Perry arranged an interview with CJOH-TV. We’ll shoot that one tomorrow. Perry and a couple of other volunteers then took Jesse to play pool after watching Columbo. I went to sleep.

After dinner, Ron Calhoun joined us and there was a meeting about stepping up the pace in light of losing time today in the rain. I’m going to have to make up that distance over the next couple of days.

We also had a call from London to say that the London Knights want to honour Jesse at a game in early November.