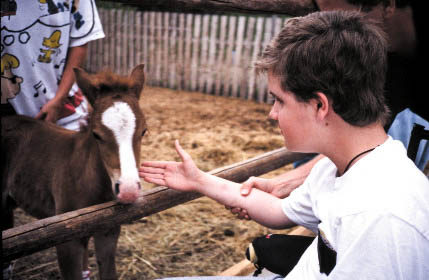 Again, we are up very early to drive east on the QEW heading to CITY-TV. There’s a beautiful sunrise and things got very quiet in the van when Jesse casually mentioned that he had never seen a sunrise. I guess we are all guilty of sometimes just taking the little things, often beautiful things, for granted.

After our interview with CITY-TV’s Ann Rohmer we head to our start point at Jane and Bloor. There’s a service station on the corner and the owner lets us park our vehicles while we wait for the police to arrive. I don’t know what the odds are of this happening, but the owner of the service station tells us that he has a 21-year-old brother with Duchenne. He made a generous donation and so did both of his mechanics.

The police escorts are very helpful, and we get a lot of attention (and donations) when the officers hit their sirens as we make our way through traffic, heading toward downtown Toronto.

When we were heading down Yonge Street, I found it funny when people came up to us and they asked us for money! I was wondering to myself, ‘what’s wrong with this picture?’

We made our way to the Hockey Hall of Fame where Don Cherry and Darryl Sittler were waiting for us along with Chris Simpson, who has arranged a wonderful lunch and a tour of the Hockey Hall of Fame. Jesse gets his picture taken with the Stanley Cup (not the first time he has been in a picture with the Stanley Cup) and he is presented with signed shirts and hats while I do interviews with the Toronto Star and Toronto Sun newspapers.

We eventually made our way back to Yonge and Bloor Streets and continued east across the Danforth Street viaduct, heading to a barbeque at Sean’s grandmother’s house. I made sure that all the volunteers from London had something to eat before they hit the road, heading west back home to London. They have done a great job today.

Before the London group left, I also had a chance to sit down with Debbie Marks to talk about our experiences on the road. She asked what I thought was the most remarkable time. I told her about Hawk Junction in northern Ontario and the night Jesse was asked to come out to a farm and name a newborn horse. We were asked to come to the farm by a lovely lady who had lost a family member to Muscular Dystrophy. I told Debbie that it’s still a very emotional story no matter how many times I tell that story.

When everyone left I called Sherene’s mom and asked her to keep a close eye on Sherene who is really working very hard, and for Sherene, there doesn’t seem to be a break in sight. I really wanted to be near her tonight. This is the part of the journey I didn’t plan on. It’s not going to be easy getting to sleep tonight. 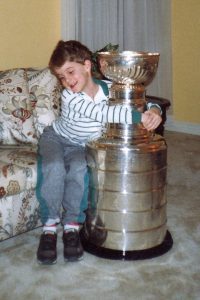