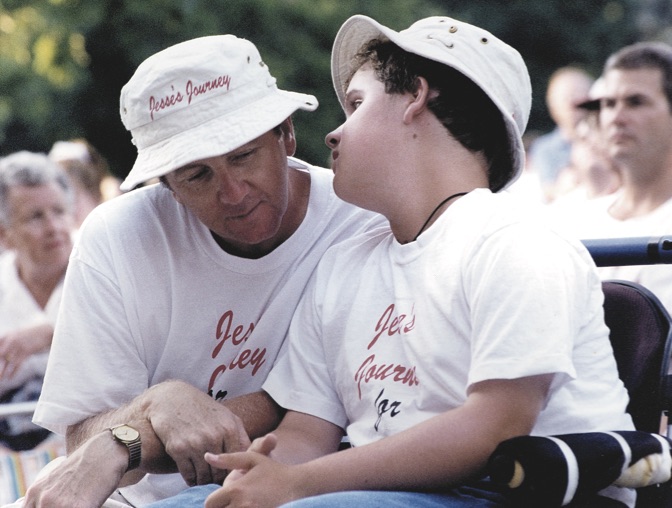 This is the first time in 95 days that Jesse and I have been able to sleep at home in our own beds. For the next three nights we will be sleeping here, before pushing east toward Toronto. But this morning, it’s back to work. Jesse continues to amaze me at how willing he is to be up, with a smile on his face and ready to go – again. Throughout the day, that genuine smile will be there for people he has never met before. We left London at 8:00 a.m. for Port Stanley where we start our day on the shore of Lake Erie. After crossing the left bridge in Port Stanley there is a choir waiting for us at City Hall and Jesse is presented with a Teddy Bear while the choir sings, “You’ve got to live a little…..laugh a little….” It looked like it was going to be another hot day, and by mid-afternoon my guess is right. It’s 34 degrees Celsius and the road crew is keeping busy dispensing water and keeping a watchful eye on those volunteers who aren’t used to walking at either the pace we are going or for the length of time that Jesse and are now used to. I am keeping an eye on Jesse to make sure he doesn’t get dehydrated. Jesse’s care is really my number one job. There are lots of volunteers with us today, mostly people I have worked with in television. Their enthusiasm is at the boiling point and at times they scare me when they are weaving in and out of traffic collecting money from car windows. There is a lot of noise with car and truck horns and sometimes our OPP escort people turn on their sirens for the people along the side of the road. Lots of people come up to Jesse to shake hands, and that smile of his is always there. It’s funny the things I note sometimes. An old girl friend from high school stopped to wish us well. People from business along the road came with donations of fruit and apple cider. After lunch at Vince Barry Park on the north end of St. Thomas, and in the blistering heat, we pushed on along Highway 4 north to the sound of cheers and more car and truck horns, and thankfully, lots of donations. We reached our road target for the day at Greenhills Golf Course in Lambeth at 4:45. From there, Jesse and I were scooped up and hustled home for a quick shower before heading to downtown London. From the corner of Fullerton and Ridout Streets, we made our way to Victoria Park, shaking as many hands as possible. At a concert in the park, my friend from TV, Jim Swan, introduces us, and we are given a standing ovation. This is very humbling. Jesse and I both spoke to the audience and later posed for pictures and signed lots of autographs on shirts and in books. At one-point Jesse leaned over to ask me how much longer it would be before we can go home. This has been a really long day for him, and I can see he is tired. As soon as we could, I got Jesse home and into bed. Tomorrow is a built in and much needed ‘day off’ before we return to the road and tackle the highway to Toronto and then on to Ottawa. Tomorrow is the 20th of August and we have exactly one month to go to our finish line in Ottawa. 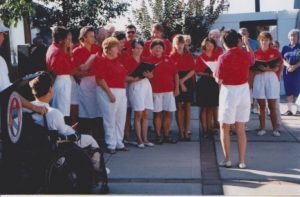 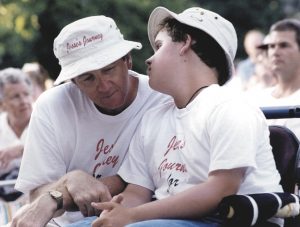