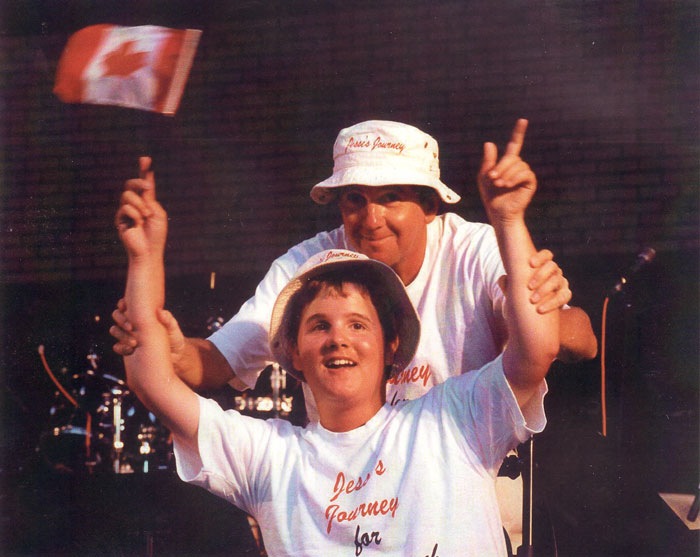 25-years-ago this month, my son Jesse and I had been on the road for almost 100 days as I pushed him across Ontario in his wheelchair. We began our journey at the Ontario/Manitoba border on a snowy Saturday morning in May of 1995.

We had no money.

What we did have was the hope that we could build something that would fund research into finding a treatment and ultimately a cure for Duchenne Muscular Dystrophy, a disease that robs parents of their most precious gift — their children.

That summer remains the hottest on record.

I was 49-years-old when we took to the road on a journey that was at times gruelling. It was an adventure that came to be known as Jesse’s Journey.

As I look back today, August 19th, 2020, my journal notes indicate that at the end of the day on August 19th, 1995 we had exactly one month left to go on the road to our finish at the Alexandra Bridge, just behind Parliament Hill. The bridge connects Ontario to Quebec and marked the completion of our journey spanning Ontario from the Manitoba border to the Quebec border.

Today, as children and grandchildren are getting ready to go back to school in this most challenging of times for all of us, over the next 30-days, I want to share my journal notes from those final 30-days that Jesse and I spent on the road in the summer 1995.

Today, we are all focused on the safety of children, and rightly so, but at the same time, when kids are given the structure and the tools to work with, let’s not overlook the amazing things they are capable of accomplishing when they choose to show their grit, perseverance and a ‘never give up’ attitude.

That is exactly what Jesse did for the 124-days we spent on the road together, crossing Ontario and doing the groundwork that let us build Jesse’s Journey to where it is now Canada’s largest funder of research in Duchenne Muscular Dystrophy.

The story of each day of the final 30-days on the road, comes from my journal, which I wrote at the end of every day.

I hope you will enjoy the stories. 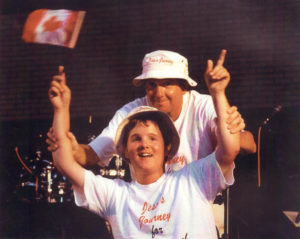