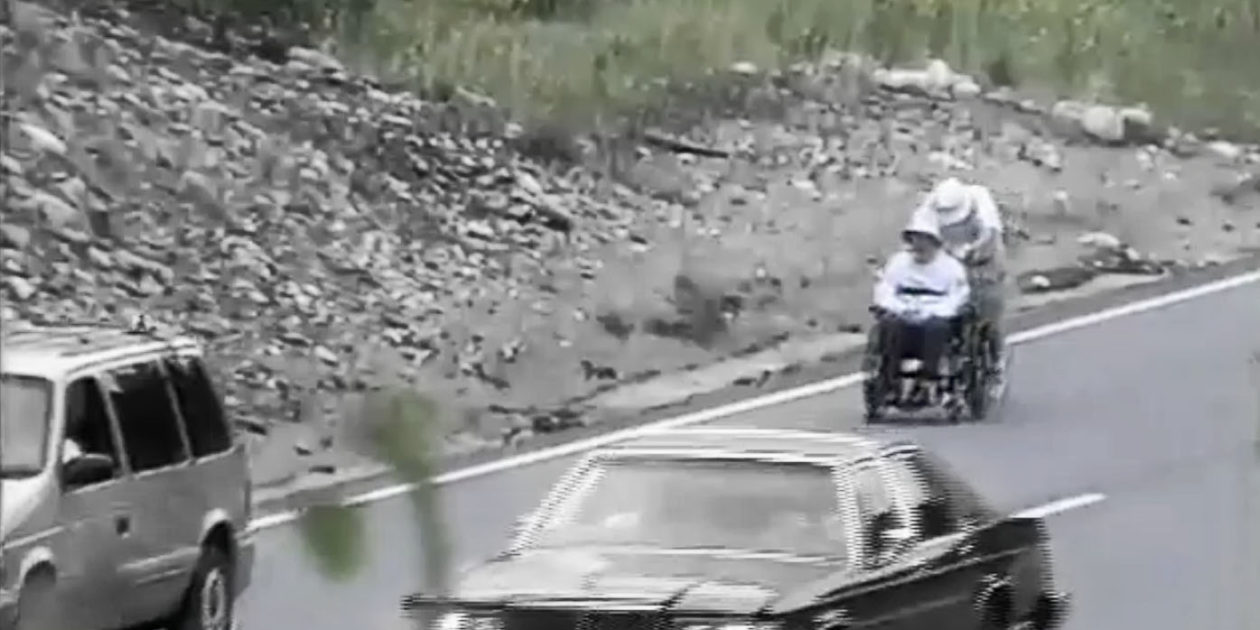 20-years-ago today, on the 20th of September 1998 I was in Terrace Bay, Ontario. It was my 166th day on the road.
Terrance Bay sits on the extreme north shore of Lake Superior and gets its name from a series of lake terraces formed as the water level of Lake Superior lowered following the last ice age.

If you have ever driven out west you have probably passed through the little town of Terrace Bay, another northern Ontario town where the pulp and paper mill represented the community’s life blood.

By this time my heart, lungs and muscles are working at peak capacity despite the endless hills as the Trans-Canada Highway winds its way across the top of the largest of the great lakes.

The thing that was different about Terrace Bay was that my mind drifted back to 1995.
The video at the bottom of this posting shows me pushing Jesse up the hill into Terrace Bay, heading east in 1995. In the video you can see the harness that connected me to Jesse’s wheelchair. If I fell on one of the downhill sections, I became the anchor that would stop the wheelchair from running away.
It was in Terrace Bay that Jesse and I met ‘the bikers’ in 1995.

I had pushed Jesse along the Trans-Canada Highway through the morning and our timing was great as we reached the motel we were staying at, at noon. After lunch I was having my power nap in my room, when Jesse knocked on my door.
He said, “Dad, there’s 12 guys on motorcycles our here.” I stayed right where I was.
When I asked, “What are they like?” Jesse said, “They’re big.”
When asked what he meant, he said, “They have big hair, big leather things and big tattoos.” He said, “There just big, trust me.”
When I asked what they wanted, Jesse said, “They want to have their picture taken with me.”

I thought to myself, ‘These guys are probably drug dealers, likely involved with a strip club and generally speaking, bad news.’
They gathered around Jesse and had their picture taken and then fired up their motorcycles and headed west.
It wasn’t until later that I learned these twelve big tough guys were on their way to Thunder Bay to take part in a ‘Ride for Sight’ program.
I’m guessing it’s not what you thought either.
And now when I stop at a red light here in my hometown of London and look over and see someone on a motorcycle right beside me, I don’t see the same person any more.
It was a powerful lesson that we should never judge a book by the cover.

When I snapped out of that 1995 flashback, I was back on the road heading toward Thunder Bay.
Even though I could see my breath in the mornings, I still hadn’t told anybody on the road crew that I had this secret thought that if I could make Winnipeg, I just might have a shot at making it all the way.

I also knew I still had a long way to go.