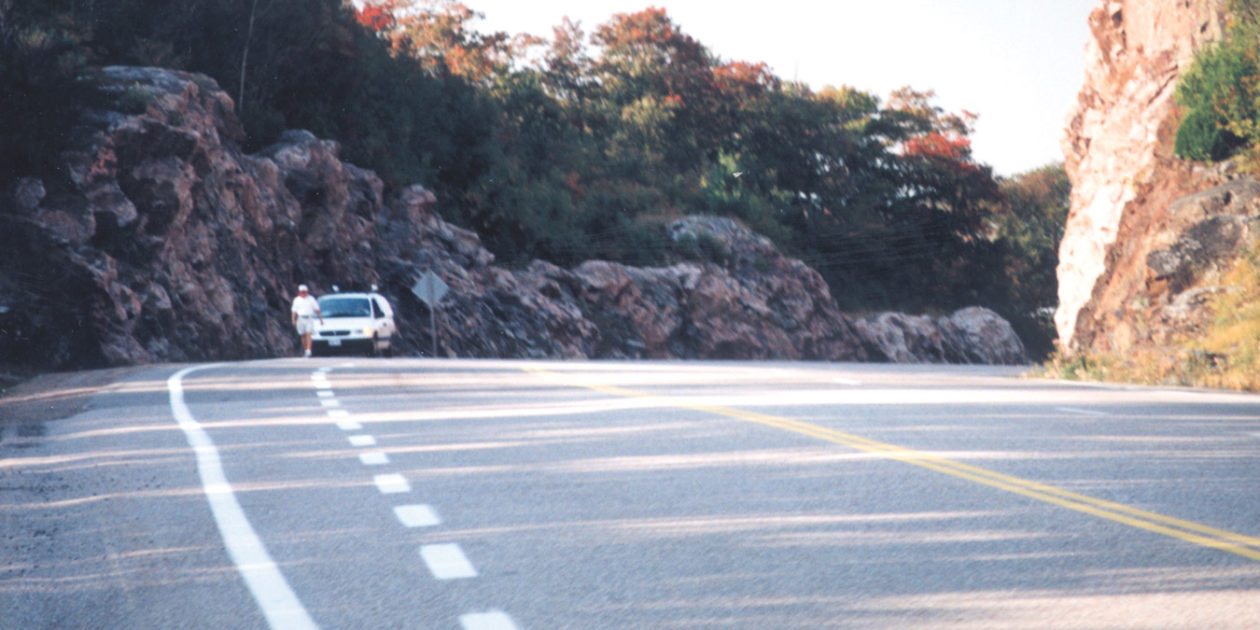 I didn’t often get a chance to learn much about the history of a lot of the places I had walked through, but White River was different. It really only had one outstanding claim to fame.

It was over 100 years ago that White River said good bye to a little black bear cub that was orphaned when a hunter killed its mother. During the First World War, most trains carrying troops also carried horses, since they were used in the war. Trains would stop here from four to six hours. The horses were taken off the train to be watered and exercised. Troops were drilled along Winnipeg Street where the Train Station was located. It was here at the Train Station, that the trapper sold the bear cub to a soldier during a stopover. The soldier was Lieutenant Harry Colebourn. An entry in his journal reads, “August 24, 1914. Left Port Arthur 7AM. In train all day. Bought bear $20”. The world would come to know the little bear as ‘Winnie the Poo.’

The little bear traveled to England with Lieutenant Colebourn who named her “Winnipeg” after his hometown. Knowing he could not take the little bear with him when he was shipped to France during World War One, he donated ‘Winnie’ to the London Zoo. The little bear captured the hearts of many visitors to the Zoo, among them the author A.A. Milne and his son Christopher Robin Milne. They became frequent visitors and it was Christopher who added “Pooh” to Winnie’s name. He got the name from his pet swan named Pooh. Christopher had a bear given to him on his first birthday on August 21, 1921 which he first called Edward Bear, but soon changed to “Winnie-the-Pooh” after the playful Winnie.
‘Winnie the Poo’ lived to be 20-years-old and died at the London Zoo in 1934. Harry Colebourn survived the war and when he returned to Canada he set up a veterinary practice in Winnipeg. He worked there until he died in 1947.

Along the Trans-Canada bears were always a threat. Sometimes approaching transport truck drivers, who kept tabs on our progress on their CB radios, would stop right on the highway to let me know there were bears up ahead. The summer had been very hot, and the bears were on the move looking for berries. I was hoping I didn’t look very much like a berry.

The hills had been getting bigger and bigger ever since we passed Wawa. The rock cuts along this stretch of the Trans-Canada are very high. There are a lot of twists and turns that left us hidden from traffic. To keep us safe, we invented the game of ‘cat-and-mouse.’
There was a pattern to how ‘cat-and-mouse’ worked. The OPP officer escorting us would sit back about half-a-kilometre behind us with his rooftop lights flashing to let motorists know there was something up ahead.

We had one mini-van right behind me (I was never allowed on the road without escort cover right behind me). The second mini-van would be stationed about half-a-kilometre in front of me with its lights flashing so motorists coming toward me also had a warning that there was something happening.
All three vehicles were connected by two-way radios and when it was safe to move the lead vehicle would give us the word to move ahead. When we had cleared that particular rock cut, we would radio the OPP officer that it was safe for him to move up as well.
Throughout the days of endless hills and rock and trees we kept our eyes open for bears. In the video below you can see that we sometimes did see a bear. Thankfully they weren’t particularly interested in us.

From one little town to another I kept churning out 33 kilometres a day. At the end of the day we would find ourselves in another little motel where the rooms were often donated. We appreciated that very much.

Sometimes these rooms hadn’t been opened up at all through a hot and humid summer. The first question we always asked each other when we got inside was, “How are the beds?”
One day when I was really tired I had flopped onto a somewhat musty bed in a damp room while the crew was unloading the two-way radios, batteries that needed charging, water bottles, nutrition bars, camera equipment, towels and maps and all the other stuff that went with a day on the road.

When I was asked, “how are the beds?” all I could say was, “fine, once you figure out which is the deep end!” 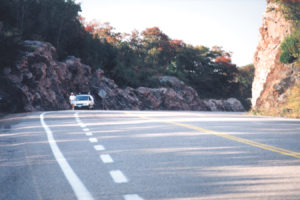