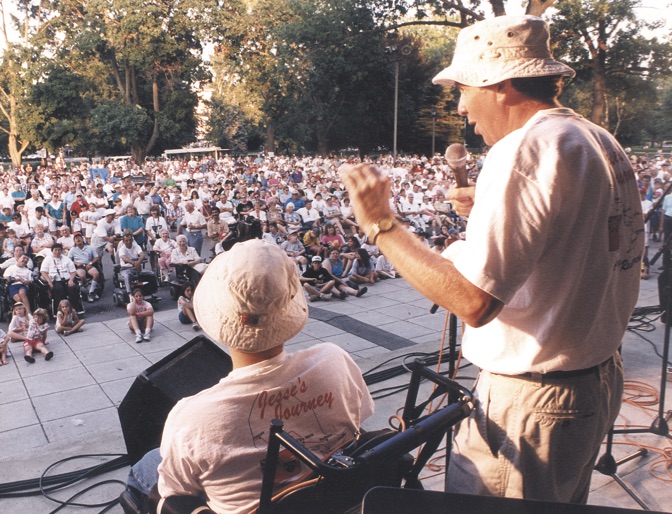 20-years-ago-today was my 122nd day on the road and I had reached London, my home town. It had been four months since I dipped the toes of my running shoes in the cold water of the Atlantic Ocean in St. John’s, Newfoundland and set out to walk across Canada at the age of 52.

There’s a line in the movie “The Wizard of Oz” about there being ‘no place like home.’ I was finding out first-hand how true that is.

It was a humid day with a mix of rain and drizzle and I had already taken my Jesse’s Journey jacket off and put it back on about a dozen times before I reached the reached the outskirts of London where there were thousands of people waiting along the side of the road.

After four months on the road and with another five months of road ahead of me, on day 122, I was finally going to be able to fall asleep in my own bed.

London was a whirlwind of snapshots that I still see in my mind:

• Meeting Jesse and having my inspiration by me side.
• Kissing Sherene in the rain after months on the road.
• Receiving a salute from friend Murray Faulkner, who would soon be London’s Police Chief.
• Having my friend Steve Casey guide me through a crowd in East London to where employees of the Wal-Mart store donated $8,000 to Jesse’s Journey.
• Being escorted to City Hall by the London Police pipe and drum band.
• Feeling bad for the Knights of Columbus in their dress uniforms forming an honour guard in the rain at the bandshell where I spoke to the crowd. They were soaked and with their feather plumes dripping rain, they never flinched.
• Signing the City of London guest book and unveiling a plaque at the base of the tree Jesse and I had planted with her Majesty Queen Elizabeth II a year earlier. I always loved that picture because the Queen had such a warm natural smile for us.
• Having my friend Shelley give me a much-needed haircut and refusing to accept payment. I put the money in her Jesse’s Journey jar.
• Having Sherene’s mom and dad join us at the outskirts of London and seeing how proud her dad was to have filled his donation bucket more than three times along the road.
• Having my mom and dad drop off some fresh corn for quiet barbecue with just Sherene, Jesse, his brothers Tyler and Tim, and me.
• Visiting a store called “The Brandy Tree” where a woman who had organized a fund raiser selling Beanie Babies presented Jesse’s Journey with a cheque for $18,000
• Helping to cut a man’s hair at $10.00 a snip at a classic car rally with hundreds of vintage cars on display. We were presented with a cheque for $13,000.
• Having a chance to take a walk with “Charlie,” even if it was just to the corner and back.
• And so many more snapshots that still mean so much to me.

I remember that when I was speaking to the crowd in Victoria Park I knew for certain how important it is to be passionate about whatever it is you are doing. And the more passionate you are, the more people will listen. That was very true with Jesse’s Journey and it’s still true today, because people like to be a part of something successful.

Are you making sure that people can see your passion? 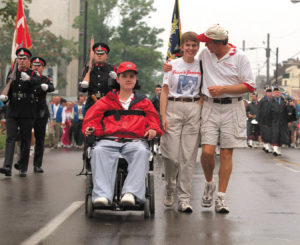 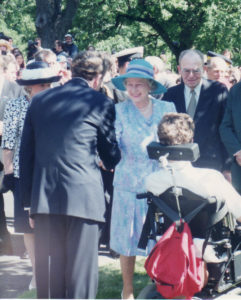 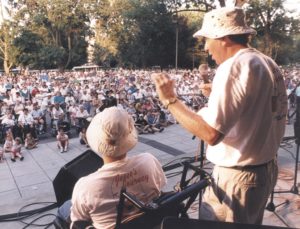