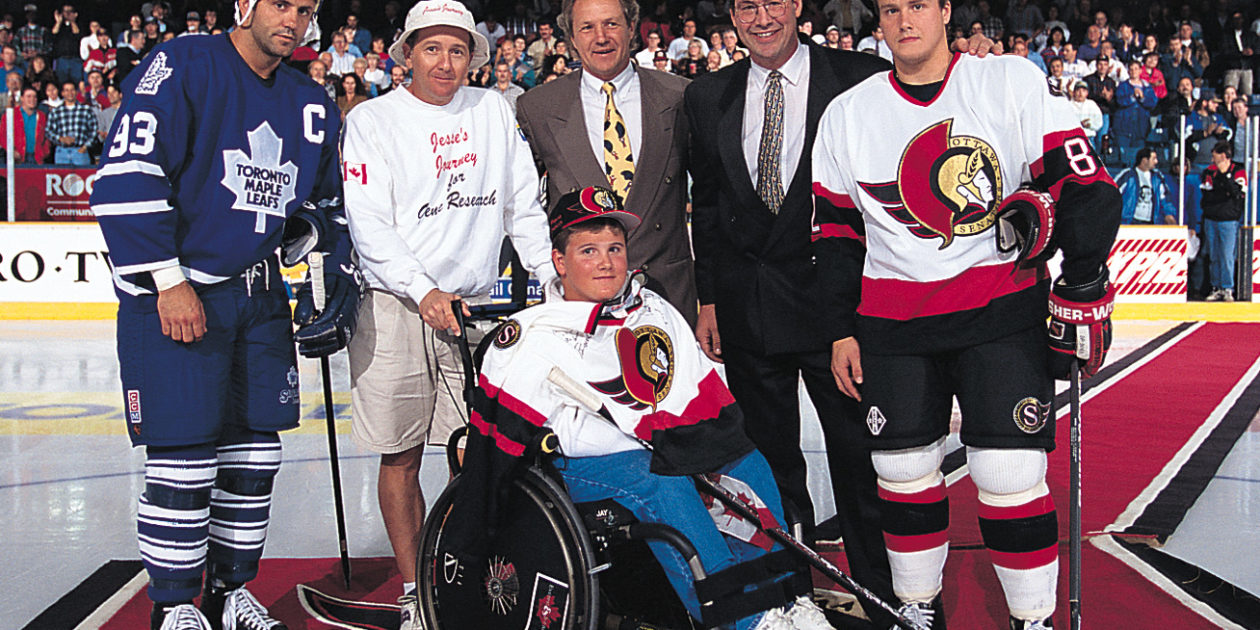 20-years-ago today marked my 100th day on the road since I dipped the toes of my running shoes in the Atlantic Ocean in St. John’s, Newfoundland back in April.

I am now in Brockville, Ontario after being in Ottawa a couple of days earlier.

It’s another hot and steamy day at 32 degrees Celsius, no air movement and the humidex hovering around 40 degrees. The temperature coming off the pavement on the highway is now up over 40 degrees which prompted our motor home driver, Ed Coxworthy from Bell Island, Newfoundland to say with his usual Newfoundlander accent, “By the Jesus Johnny, it’s like walking on a stove and breathing soup.”

In the intense heat I found my mind wandering during my time in Ottawa. As my mind drifted, I realized I was having flashbacks to when Jesse and I were in Ottawa three years earlier when we completed our wheel chair push across Ontario.

Former London Knights Brad Marsh and Darryl Sittler had been there to see that Jesse was honoured at centre-ice when the Senators and the Leafs were ready to open a new NHL season. A thrill for a youngster who didn’t skate.

In the House of Commons, it was a great pleasure for me to see all members of parliament rise in a standing ovation to honour Jesse for what he accomplished in raising the focus on the need for medical research in Canada.

Keep in mind this was just six weeks before the Quebec referendum that nearly saw our country ripped apart.

On the road to Belleville I stopped at the 80-watt radio station on the Akwesasne Reserve to do an interview. The announcer, a handsome young man by the name of Ky was a bit nervous but had a great attitude in doing his first live interview. Ky was using a braille typewriter that looked pretty old, but he sure could make it go fast. He was another of those people who helped me find another piece of the puzzle that explains how Canada works. People like Ky are the kind of people who are the fabric of Canada. And it’s a very tight fabric. It has to be a tight fabric when its stretched over six time zones.

I knew it would be a good interview when I walked into the little radio station and Ky said to me “Shake my hand. I’m not weird. I’m just blind.” 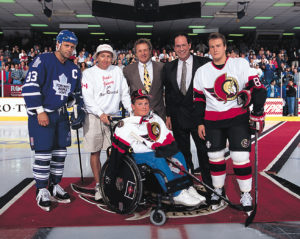 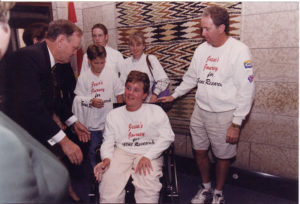 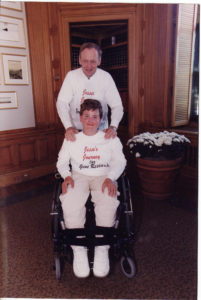