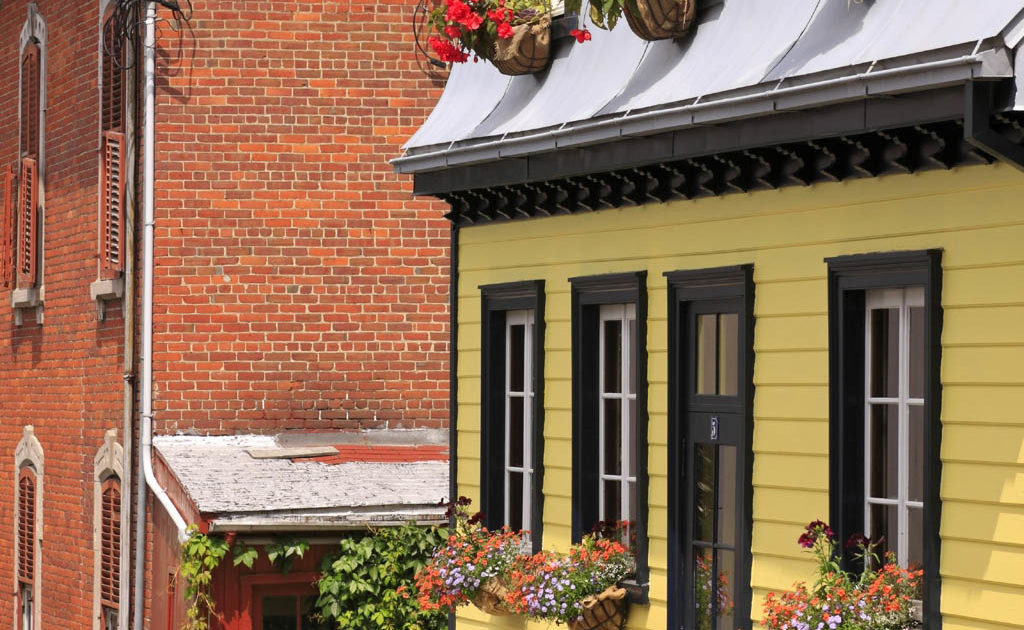 Twenty-years-ago, Canada Day fell on a Wednesday as I made my way along Highway 132 which hugs the south shore of the St. Lawrence River. The highway winds its way through the villages of Berniere-St-Nicolas, St-Antoine-de-tilly, St-Pierre-les-Becquets and Ste-Angele-de-Laval on route to Montreal. Passing through these villages, the little houses are painted all the colours of the rainbow and they look like they are dozing in the sun, jammed shoulder to shoulder right up to the edge of the road. The smell of wild roses fills the air from the boxes that seem to hang from every window. This has been an amazing stretch of highway where earlier the air was filled with the smell of fresh cut pine from the dozens and dozens of carving shops along Highway 132 in this part of the province. Some of the shops had full life-sized wooden figures of things like a woman with a corn broom and a man smoking a pipe as well as figures of young children and dogs and cats. These shops are packed full of Quebecois history told through the works of the carvers. The highway also makes its way past lots of huge churches filled with gold and red statuary and massive stained-glass windows that, when you are inside, look incredible when they are lit up from the outside as the sun beams down on the multi-coloured glass. Some of these churches date from the early 1600’s shortly after Cartier and Champlain sailed up the St. Lawrence River. While some of the days were summer at its best in Quebec, sometimes the weather turned violent and a little bit scary. Between Sorel and Longueuil, Quebec the early summer sky churned in shades of grey and black. Driving sheets of rain cut visibility to a minimum and jagged bolts of lightning ripped through the dark sky, lighting up the road and, as wet as we were, it forced us to stop and take cover in the safety of one of the escort vans. When the rain finally eased up, our soggy little troupe, with running shoes that now made squishy noises, stepped back onto the road to finish our 33 kilometres for the day. Under that dark sky with the wind howling and torrents of rain there was a silver lining for one of our volunteers.

Ann Hutchison, is a long-time friend whose husband Peter had been there on Day 1 and interviewed me on the steps of City Hall in St. John’s, Newfoundland.

Now it was Ann’s turn in the spotlight. It had been raining heavily all day and it seemed like an eternity before we heard the honk from the escort van to let us know we had made our distance of 33 kilometres for the day. When I looked beside me, I saw one of those pictures that no camera can do justice to. It was Ann Hutchison, soaked to the skin, with water dripping from her chin and her hair wet and tangled. She was beaming with a smile that said, “I did it!” Ann, a cancer survivor had just become the first woman to spend an entire day on the road with me, walking the full 33-kilometres and passing her own personal test with flying colours.

We didn’t know it at the time, but Ann would be the only woman to complete that distance on the entire journey.

Who is there on your team that goes that extra distance for someone else? Think back. Think hard. Think about thanking them. It’s never too late to say, ‘thank you.’ 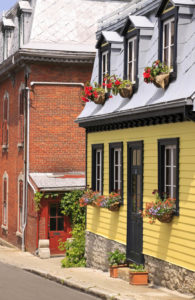 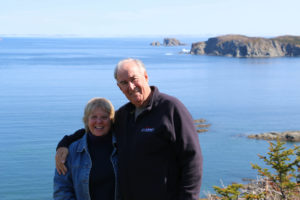 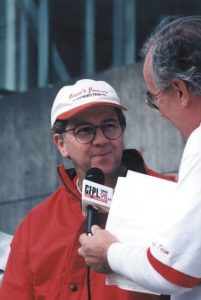