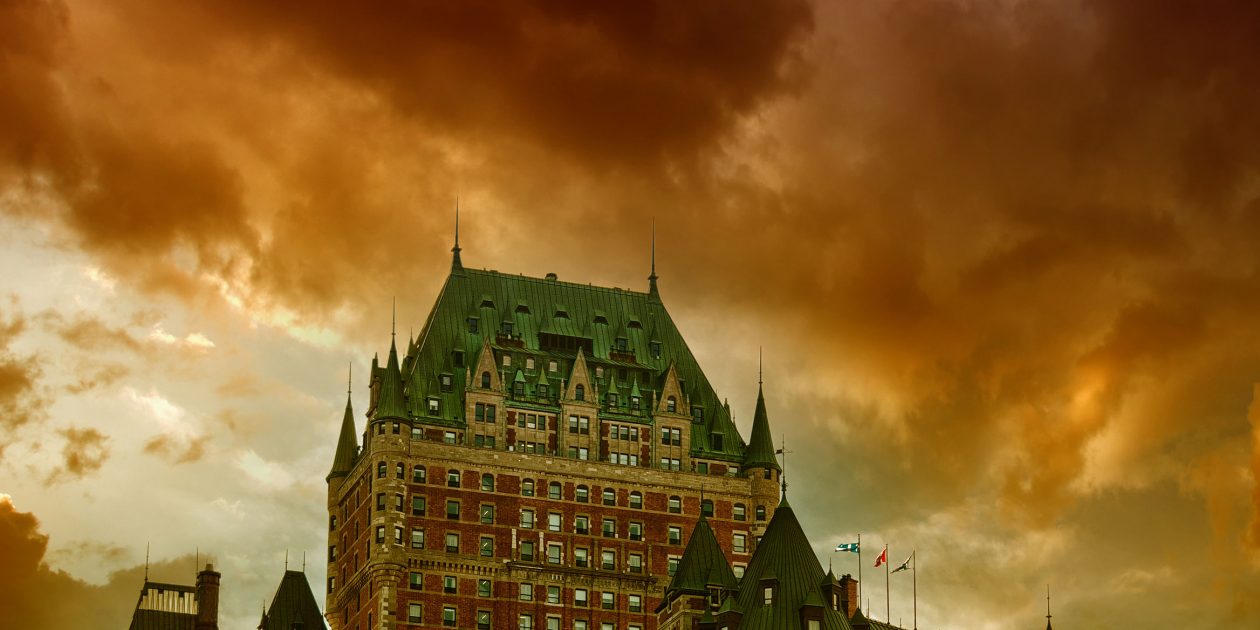 20-years-ago this week I was making my way through the little villages along Highway 132 on the south shore of the St. Lawrence River. We began the week in Montmagny, about 50 kilometres east of Quebec City.

This is where the salt water of the Atlantic Ocean pretty much comes to an end. There is a plant that thrives in the water which at this point is a mixture of about 5 per-cent salt water and 95 per-cent fresh water. The mayor of Montmagny told me about the towns big festival in the fall, built around the arrival of 600-thousand snow geese, who eat all the plants in about a week before moving on. Just like those geese, our little caravan kept moving on each day.

Another of the snap shots I wrote about in my journal involved one of our volunteers for the week, Andre Trenqua, who we nicknamed “The Gentle Giant.” Andre was from Drummondville, Quebec and he was joined by Marc-Olivier Roy, a handsome young 18-year-old. If it wasn’t for Jesse’s Journey Marc-Olivier would probably have been home spending summer evenings with a girlfriend. What we didn’t know was that neither one of them spoke any English. In more ways than one, they became our true “French Connection.”

Andre lost a leg in a farm accident when he was just four years old. It had been raining a lot throughout Andre’s week with us and the knee on his artificial leg was squeaking loudly so we had to get out the wrenches and a can of WD-40 to fix it. The funny part came on another rainy day when three or four of us were lined up in the aisle of the motor home stretching calves and thighs and doing knee bends to loosen up before getting out on the road. Andre was sitting watching us with his artificial leg crossed over his other leg. Suddenly he took hold of his metal leg, and mimicking our stretching routine, he threw it over his shoulder. Needless to say, we collapsed in a heap. That’s when it struck me that laughter sounds the same in English and French. When it was time to leave at the end of his week, Andre, “The Gentle Giant” hugged each of us and then, just as quietly as he had arrived, he slipped into the wake of Jesse’s Journey as we moved westward.

Canada Day was now just around the corner and so was another amazing accomplishment by a volunteer.