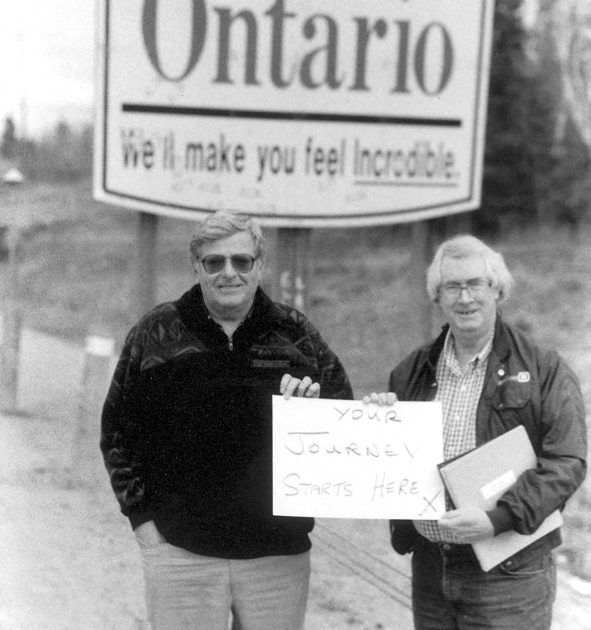 We resumed our journey from where we left off late afternoon on Monday at Shaw Sideroad and pushed on to Thamesford. The weather is nice, Jesse is feeling rested and we are moving quickly as we make the turn at Thamesford, trying to reach Ingersoll before noon. This going to be another day of what seems like a lot of going forward and backward. By late morning the sun is getting high and the heat is starting the build. We meet a lot of people along the road, some of them very special people I have known since high school, even if I haven’t seen them for a very long time. Their words of encouragement like, “Good luck Jack,” mean a lot to me. The road crew is finding their work more manageable after the torrid pace coming through London. We are escorted into Ingersoll with a fire engine and a bag piper. There is a huge crowd that meets us at a downtown park on the main street. After a barbeque and some formal presentations, Jesse and I spoke, before we were picked up and taken back to Talbotville, for a cheque presentation at the Ford plant. Jim Hartford, an old friend, who is Ford’s head of public relations who I know through radio and television is there for the presentation. After the union representative gave Jesse a hat and the Ford management gave me a hat, the crowd laughed when I switched the hats and told them, “I think this is more accurate. Jesse is management. I’m labour.” Then it was back into Ingersoll to pick up the road again and through the afternoon we made our way through Beachville and on to Woodstock and a dinner at New St. Paul’s Church, where we meet Police Chief Dave McKenzie and Mayor John Geoghan. My mom and dad’s friend Fay McFee has obviously worked hard to mobilize Woodstock. Two young boys sing for us after supper and then I do a TV piece with Bob Smith before heading to the Quality Inn where we stay for the night. Jesse had a slightly quieter day today. I was also impressed that Derwin Smythe, the news director at television walked the entire distance. I also found myself thinking about all the people on our team who have worked countless hours in the background to make this journey possible. I was thinking all the way back to before we took those first steps, when my friends Mac Haig and Mike Woodward drove to the Ontario-Manitoba border to start mapping the route Jesse and I would follow. All in all, it’s been another good day. I was relieved that Jesse had a quieter day on the road 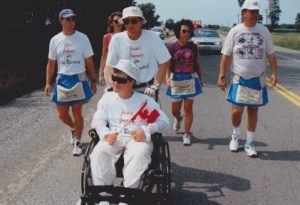 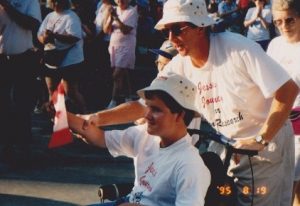 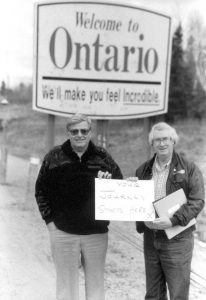