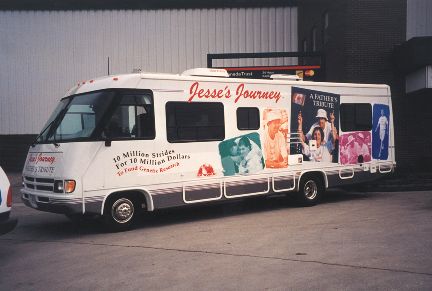 20-years-ago today I passed through the little town of Vermillion Bay, between Dryden and Kenora. I say ‘passed through’ because in the past few days there has been little to look at other than the highway, logging trucks and lot of trees and rock.

Dryden was also the site of the March 10, 1989 crash of an Air Ontario flight which killed 24 of the 65 people on board, including both pilots. The plane wasn’t de-iced and with ice and snow on the wings, the plane failed to clear the trees at the end of the runway. The blame game went on for a long time, but it didn’t change the outcome. That story also slipped from the front pages.

In 1998, Thanksgiving was on October 12th. At the end of my day on the road it was dark outside when we marked the day with a turkey dinner on board the motor home. Our motorhome driver and chief cook and bottle washer, Ed Coxworthy, was right in his element. A true Newfoundlander, Ed had potatoes, carrots, cabbage and peas pudding to go with the turkey, sage dressing and gravy. We even had some of those little packages of cranberry sauce that we ‘borrowed’ from a restaurant somewhere along the highway. And our road manager, Trish Federkow, had made us an apple crisp for dessert.

This week, just for fun I am including a picture of Ed in the outfit he wore when he was back home on Bell Island, Newfoundland, singing with the Submarine Minors, and a picture of the motorhome we called “The Mother Ship.”

It was dark and raining when I walked out to the motorhome for dinner. The windows were all steamed up, but it was nice to see the warm glow from the lights inside and to hear the laughter. The smell of that turkey being cooked in cramped quarters was just wonderful. We were all a long way from home but we sure were a great family.

The motorhome may have been our toasty warm
cocoon that night, but Murphy’s Law was about to strike.

Communication is key in a project like the walk across Canada to raise money for research (which I am still doing.) People have to know who is where, who is coming and who is going. Who has a two-way radio and who has a cell phone. (Cell phone service was often sporadic in many parts of Canada in 1998 and that was true in this part of northern Ontario.)

When I got started the following morning, the road had almost no shoulder and I frequently had to step off the highway, particularly when we had transport truck traffic in both directions. A couple of times I got blown off the road and the wet sand and gravel at the edge of the road made me feel like I was walking in porridge. To make matters worse the wind had come up and I was facing rain, sleet, ice pellets and snow. And things weren’t about to get any better.

I finished my 33-kilometres for the day at about 5:15 in the afternoon when I reached the motorhome where Ed was waiting for me. It was getting dark fast and our job was to mark the road with spray paint for the next day’s start point and then catch up with the rest of the crew who had gone ahead to Kenora where we were scheduled to be at another Thanksgiving dinner.

It wasn’t long before steam started pouring from the motorhome’s engine compartment and we could hear the lifters starting to bang. We had no choice but to stop.

We waited for the engine to cool and then moved up one more kilometer before steam started pouring into the cabin from everywhere. We limped to a spot where we got mostly off the road and we had some phone cell service.

Nobody up ahead answered our calls because they left their cell phones in the vans while they were in our motel getting ready to head off to the Thanksgiving dinner. Damn that Mr. Murphy!

We reached the operator on our cell phone and we had no choice but to declare an emergency. Our major concern was that the back part of the motorhome was still sticking out onto the highway in the rain and the dark. We were starting to get very cold by the time the OPP arrived. The crew ahead finally called us when we didn’t show up for dinner.

Later that night we made our rather unceremonious arrival in Kenora on the hook of a tow-truck.

The repair crew went to work first thing in the morning and new frost plugs were installed in the motorhome engine. Ed rejoined us at noon. Walking the highway in the morning was a bit difficult with just a mini-van and the police escort. After breakfast at McDonalds, all we had was water and for food, some power bars to eat until Ed got back to us.

I don’t think I was ever happier to see that motorhome, and my friend Ed Coxworthy, who spent the night in Kenora parked between two refrigerator transport trucks. The truck engines had to run all night to keep the refrigeration units working.

I’m sure Ed hadn’t slept a wink. As he would say, “He looked like he had been ridden hard and put away wet.” And yet he was all apologies that he couldn’t get to us any sooner.

And this was the guy who back in Newfoundland said to his wife, “Well, maybe I’ll go for a week.”

That’s the kind of dedication Jesse’s Journey has always attracted. That was our road crew. 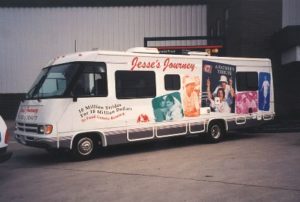 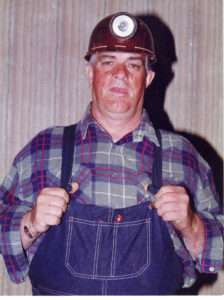