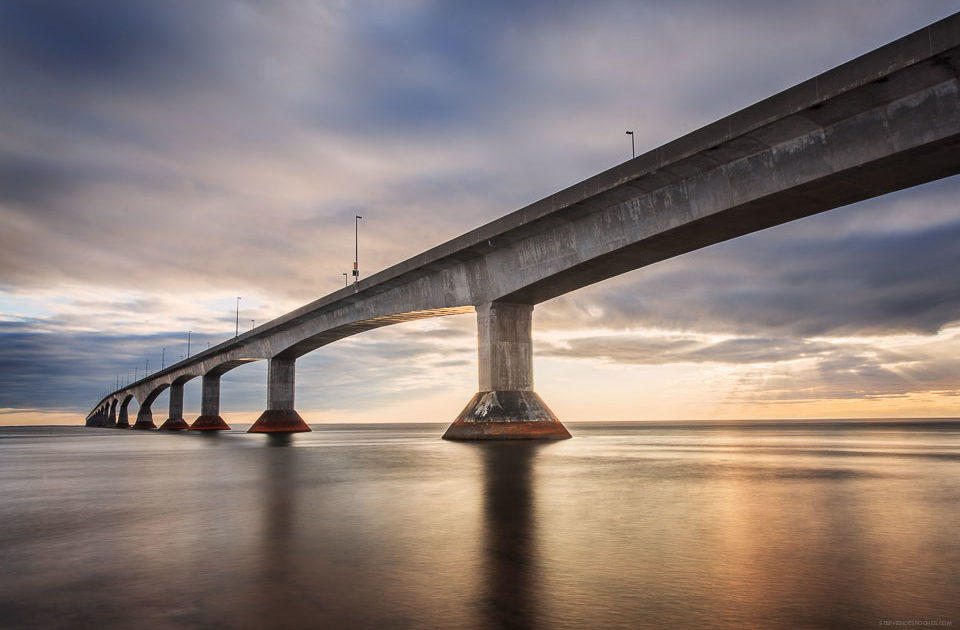 20-years-ago today I was in Sackville, New Brunswick after crossing the Confederation Bridge on my 50th day on the road. This structure, which is 60 metres above sea level at its highest point is the world’s longest bridge over ice-covered water. It’s an engineering marvel, but its operators were not about to cut us any slack. Jesse’s Journey paid the full freight to Strait Crossing Bridge Limited for the motorhome and two escort vehicles. Sometimes fundraising seems like extra hard work.
In New Brunswick the first two volunteers who joined us were from the local Rotary Club. The wind was fierce and the rain and cold didn’t make things any better. Our newest members of the road crew came on board the motorhome for a cup of hot chocolate and a chance to warm up. They must have been wondering what they were getting themselves into with these strangers from Ontario. I knew that in a week’s time they would be wanting to stay on with us. It happened every week. One of our volunteers was a big barrel-chested man named Hector Maillet whose company processes and ships 4.5 million pounds of lobster each year, mostly to places along the eastern seaboard and the American west coast.
When Hector took us to his “camp” which we would call a cottage, it was a real treat. Sometimes there are things that stick in your mind and I still remember a multi-coloured piece of needle-point on the wall. It said “When God created boys he made them out of string. He had a bit left over so he left a little thing. When God created girls, he made them out of lace. He didn’t have enough, so he left a little space.”

And so it went day after day. Stay tuned. The journey continues…….. 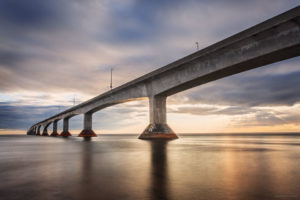 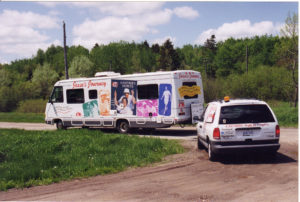