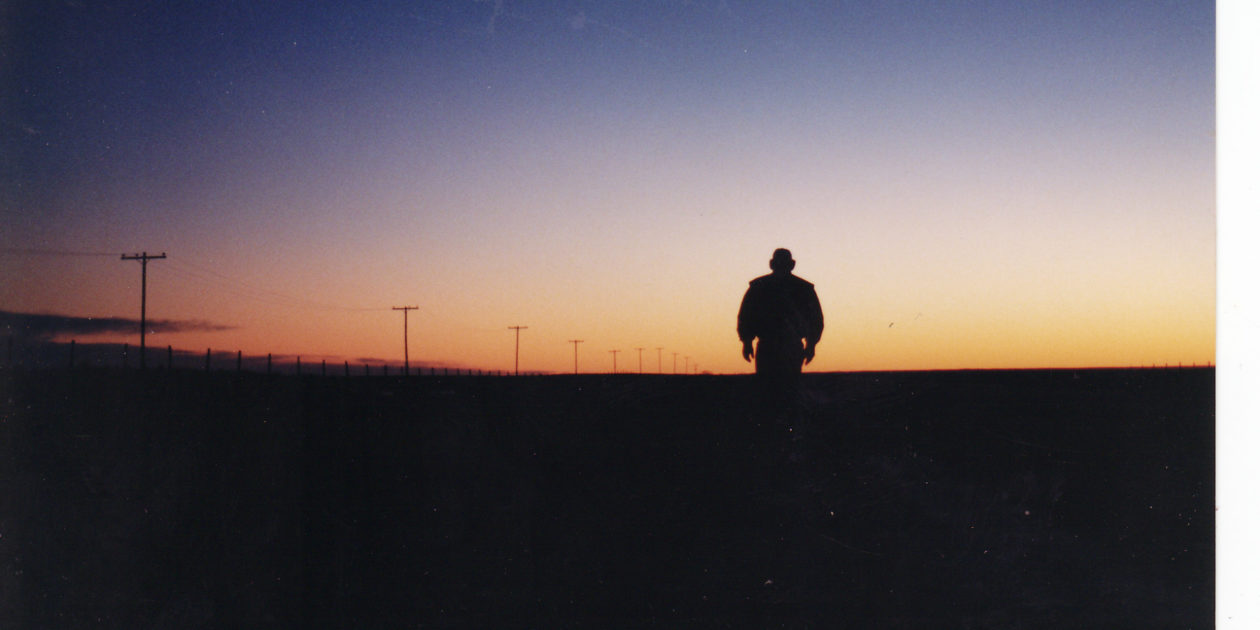 20-years-ago today I was in Chaplin, Saskatchewan, about 150 kilometres west of Regina. Out on the Trans-Canada Highway the wind is now a constant problem. The temperature has dipped to below minus 20 and I am wearing the balaclava that I haven’t worn since Day 1 in Newfoundland. We are a little over 600 kilometres from Calgary. While the fierce wind and bone-chilling cold are a problem, the good news is that so far we have managed to dodge the snow bullet. It’s like someone is watching over us.

For the past few days I’ve noticed that the wind seems to die down at about 5:00 o’clock. The wheat fields alongside the highway have been harvested and everywhere I look, all I can see is the wheat stubble that remains. And in the late afternoon when the sun gets low in the sky, that stubble seems to light up, and for as far as you can see, the whole countryside seems be lit from underneath with a brilliant yellow glow. It’s absolutely amazing.

A few days ago when I was walking the ring road as we were leaving Regina, our motor home driver, Ed Coxworthy, went into the city for the Remembrance Day service. He hadn’t missed a Remembrance Day service in 39 years and he wasn’t about to miss this one.  Ed had served Canada overseas as a peace-keeper in Cyprus and I was glad he was going to the service in Regina.

The night before, I had dropped the puck during the ceremonial face-off at the Regina Pats and Spokane Chiefs, hockey game. The team gave me a Regina Pats hockey sweater and the ceremonial puck. I gave the sweater to Ed for his grandson Scotty and I gave the puck to a little girl who was sitting beside me in the stands. We left after the first period and when we got back to our motel, Ed worked on my legs and I went right to bed. I was really tired.

On the Trans-Canada Highway on Remembrance Day, we stopped the motor home to mark the 11th hour of the 11th day of the 11th month. My friend Ted Eadinger, who had been with us as road manager for a time in New Brunswick and in Quebec, was back again in Saskatchewan and he had a hot cup of tea waiting for me when I came on board just before 11:00 a.m.

While I was taking that break, a young boy about 12-years-old came across the Trans-Canada to make a $20-dollar donation to Jesse’s Journey. I thanked him very much. Later in the day, among the many people who stopped was a man who wanted to shake my hand. My journal notes tell me that he said, “This is a story that fits into Remembrance Day.” I felt very humbled. Here I was, sitting in a motorhome having a hot cup of tea. The Canadians we were honouring at that moment, a lot of them just teenagers, had spent years in those cold, wet and muddy trenches in France during World War 1. A lot of them weren’t much older than that young boy who crossed the highway to do something to help someone else.

Back on the road again I was once more taken with the expanse that lets you look 360 degrees to the horizon. Under that big sky, the freight trains are another thing that stands out on the Prairies. The Canadian Pacific Railway runs parallel to the Trans-Canada Highway through a lot Saskatchewan. Lots of times I could see the triple headlights on the front of the engine of a freight train, and because you can see so far on the Prairies, I could also see further in the distance the triple headlights of the next two trains as well. The trains are very long and almost all of the cars had that familiar yellow shaft of wheat logo on the side as grain from Saskatchewan was being shipped east to Thunder Bay. The trains were hurrying to beat the freeze up on the Great Lakes. From the time I first saw the headlights of a train as a dot on the horizon, it might take 15 minutes for the train to reach us. In that time there was absolute silence until about the last 30 seconds when you could finally hear the rumble and then the roar of the train passing by. The engineers almost always gave us a blast of the horn to acknowledge us.

Most people think of Saskatchewan as flat, dull and boring. Like everything else in life, there’s a lot more there if you just look a little harder.

The picture at the top of this week’s story is the picture that’s on the cover of the book I wrote. (You can find the book here on my website.) My friend Bevin Palmateer took this picture and he like it a lot. When I asked him what he liked about it, he said, “It’s the mysteriousness of the Prairies.” He asked me if the picture was taken in the morning or the evening? Is the person in the picture a man or a woman? Is the person walking toward you or away from you? Is the person going east or going west?

“That” Bevin said “is the mysteriousness of the Prairies. There is almost always more to be see if you just look a little deeper.”

It was dark when our day ended and when I called home I learned that Jesse had become President of Junior Achievement in London. While that news was uplifting, and I felt very proud of Jesse, and his brothers, I was concerned when my wife Sherene told me that Jesse was feeling tired and he was having a bit of difficulty clearing his throat.

I suddenly felt helpless sitting in my cold room in Chaplin, Saskatchewan writing my journal notes under a naked light bulb and huddling close to a space heater, trying to keep warm, while outside, the wind was blowing hard.

My journal notes reflected how I was feeling at that moment. I had written, “I’m a long way from home and I still have a lot of miles to walk before we can all look in the mirror and say, we tried.”

Tomorrow we would try again. 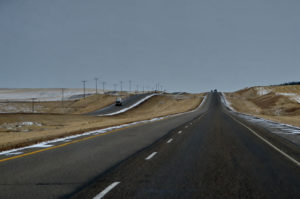 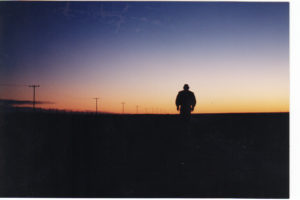